Proportionality Beyond the Human Rights Act 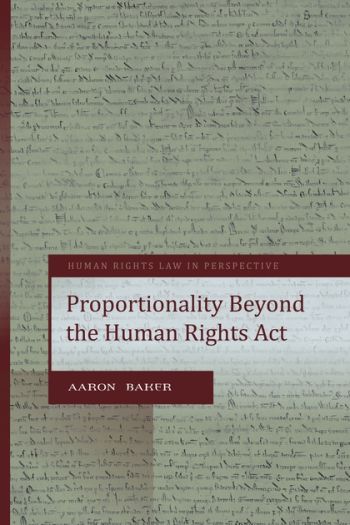 The principle of proportionality has long been the key mechanism in Europe for deciding whether state action has encroached on human rights. Prior to the UK’s adoption of the Human Rights Act 1998 (HRA), proportionality enjoyed only sparing patronage by UK courts, and then typically only when EU obligations required it. The HRA, however, by making the ECHR enforceable in UK courts, has introduced proportionality into UK public law to a degree some have called irreversible. Recent empirical research has indicated that no other principle has been more important in resolving conflicts between the interests of security and human rights.

Proportionality has been the deciding factor in cases involving derogations from the ECHR based on a state of emergency, clashes between ECHR rights, the treatment of immigrants, the wearing of religious apparel, and the rights of parents over frozen embryos. Unfortunately, UK courts receive very little guidance from the European Court of Human Rights on how to apply the principle. This book explores the implications of situating proportionality in domestic courts, analysing the theory of the principle as well the practice of it in some neighbouring states. It then explains how proportionality should be applied under the HRA in the UK, detailing how its application should differ for different rights, and how the interests of claimants and the state should be measured and weighed in a trial court setting. The book should be of interest to human rights practitioners as well as academics, not only in the UK but in any jurisdiction where proportionality plays a significant role in human rights adjudication.

Terrorism and the Limitation of Rights: The ECHR and the US Constitution
Stefan Sottiaux
ISBN 9781841137636
Published February 2008
Hart Publishing
£80.00