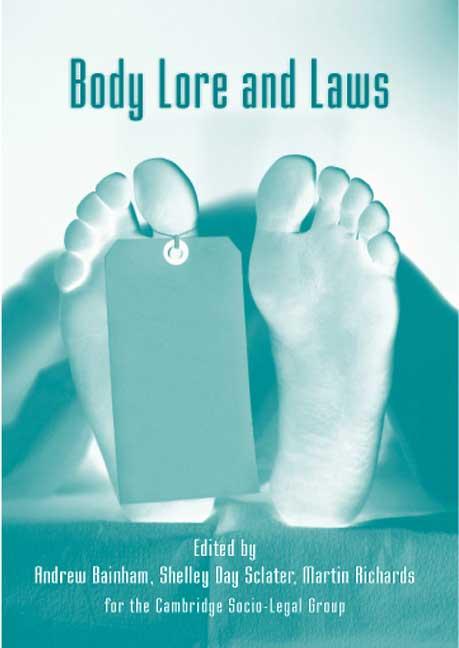 This book,the second produced by the Cambridge Socio-Legal Group, is a collection of essays on the subject of law and the human body. As the title suggests, bodies and body parts are not only subject to regulation through formal legal processes, but also the meanings attached to particular bodies, and the significance accorded to some body parts, are aspects of broader cultural processes. In short, bodies are subjected to both lore and laws. The contributors, all leading academics in the fields of Law, Sociology, Psychology, Feminism, Criminology, Biology and Genetics, respectively, offer a range of interdisciplinary papers that critically examine how bodies are constructed and regulated in law.

The book is divided into two parts. Part one is concerned with 'Making Bodies' and includes papers relating to transactions in human gametes, cloning, court-ordered caesarean sections, testing for genetic risk, the patenting of human genes and the social policy implications of the growth in genetic information. Part two is concerned with 'Using and Abusing Bodies'. It contains chapters relating to sexualities, sexual orientation and the law, sex workers and their clients, domestic homicide, religious and cultural practices and other issues involving children's bodies, the ownership of the body and body parts and the legal and ethical issues surrounding euthanasia.