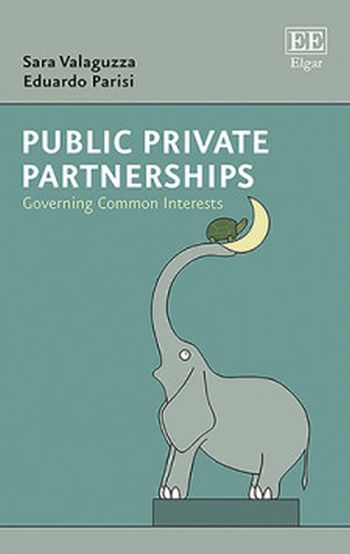 This insightful book critically examines the phenomenon of public private partnerships (PPPs) through a global, theoretical, lens. It considers the reasons for merging private entities and public administration, as well as the processes and consequences of doing so. The benefits for the community as well as the radical changes in the principles and modalities of administrative activity are theorized and discussed. The authors position co-responsibility and a bottom-up approach as new routes of administrative action, showing how the dynamism and energy of both communities and administrations can come together in an effective way.

The key concept of the analysis is `Governing common interests'. It reveals a revolutionary change in the traditional approach to `public interest', as a result of the emerging role of the private sector in interpreting and taking care of the community's need.

Chapters provide systematic analysis of the central ideas for governing common interests through PPPs, with reference to cases and legislation, showing the advantages, the reasons, and the forms of application in national and international contexts and the differentiation from similar models. Setting PPPs in a clear and consistent theoretical framework, this informative book will be of value to academics and students of public administrative and constitutional law, whilst also appealing to both policy makers and public officials.