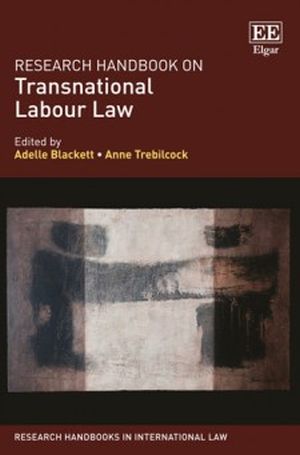 The specially commissioned chapters in the Handbook explore the emergence of transnational labour law as a field, along with its contested contours. The expansion of traditional legal methods, such as treaties, is juxtaposed with the proliferation of contemporary alternatives such as indicators, framework agreements and consumer-led initiatives.

Key international and regional institutions are studied for their coverage of such classic topics as freedom of association, equality, and sectoral labour standard-setting, as well as for the space they provide for dialogue. The volume underscores transnational labour law's capacity to build bridges, including on migration, climate change and development.