Talking to Myself: Memoirs of a Human Rights Activist 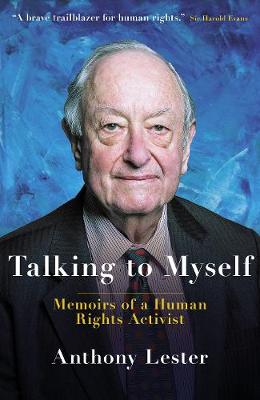 Anthony Lester has lived many lives, though he will chiefly be remembered as one of Britain's fiercest champions of human rights, whether at the Bar, where he practised for more than fifty years; in government, where, as special advisor to Home Secretary Roy Jenkins, he developed the policy behind the crucial Sex Discrimination Act 1975 and the Race Relations Act 1976; or as a Liberal Democrat peer in the House of Lords, where he openly combated abuses of public power.

Whether representing British Asian refugees from East Africa fleeing tyranny, acting for a victim of motor neurone disease who wished to die with dignity without exposing her doctor to prosecution, or advocating freedom of speech and freedom of the press as fundamental constitutional rights, Lester has long been one of the most effective and admired of those campaigning for racial and sexual equality, and is a renowned supporter of human rights and freedoms across the board.

This remarkable book traces the life of Anthony Lester to map the history of human rights in this country over the last half-century.