The Constitution of the European Union: A Contextual Analysis 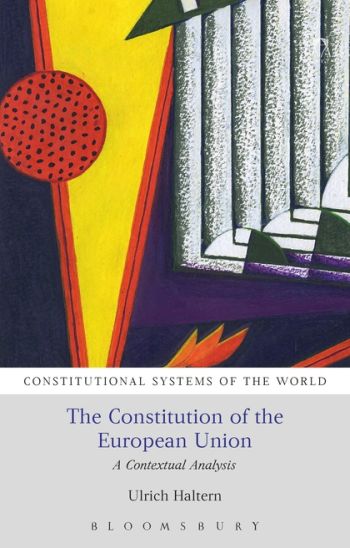 This books provides a contextual analysis of the constitution of the European Union which, unlike most constitutions, does not belong to a state. Rather, the EU is an international organization that has moved beyond the features of international law into a terrain very close to the municipal law of federal states. Many features we take for granted in nation-states are non-existent, or contested, in the Union.

There is no European Union constitutional text in the proper sense; the “Constitutional Treaty” signed by the Member States in 2004 failed spectacularly in the process of popular ratification. The Union's founding texts were international treaties – international law, not constitutional law. And yet, over time, legal doctrine put into place by the European Court of Justice in Luxembourg has led to constitutional attributes of Union law, and political practice, led by the Commission, has mirrored these attributes, complementing a de facto constitutionalist environment. As a consequence, we have seen a steady re-ordering of the functional boundaries of the Member States, followed by a nascent re-ordering of the imagined boundaries of political community and self.

All of this is constitutionalism writ large: legal doctrines, institutional arrangements, political practices, and their implications for legitimacy, democracy, and political self-imagination, and together they form the subject of this fascinating book.