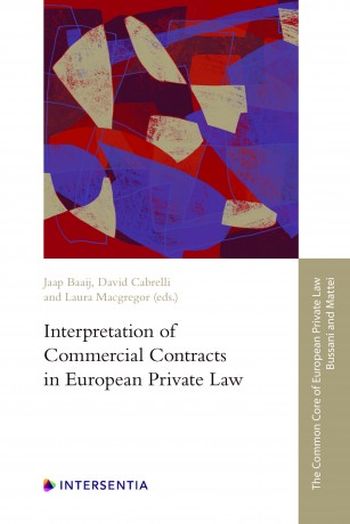 A common core of contract interpretation in European private law that is inferred from the national reports is that every legal system strives to reach a compromise between staying true to the intentions of the parties, assessing what a reasonable person would understand from the contract drafting, and preventing outcomes that are unfair or unjust. Each court draws on the material available to it in order to reach this compromise. Conversely, the differences between the jurisdictions pertain to what constitutes a common intention between the contracting parties and reasonableness, and what the appropriate methods are by which these could best be ascertained. Here, the jurisdictions reveal a variety of conceptual, doctrinal and pragmatic similarities and distinctions.

Interpretation of Commercial Contracts in European Private Law presents valuable insights and thoughtful analysis that will be highly relevant to academics, practitioners and students of European private law and contract law.