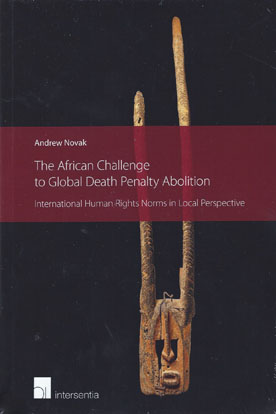 Although the influence and opinions of political elites, civil society, and the general public vary widely, the death penalty is universally in decline throughout Sub-Saharan Africa.

However, Sub-Saharan Africa is not a passive subject of global death penalty abolition driven by Europe. Courts around the continent have made important contributions to global death penalty jurisprudence and members of civil society have engaged in novel and successful strategies against the death penalty. In addition, precolonial notions of punishment and criminal responsibility in Africa have influenced debates over the death penalty, including whether to provide compensation to victims of crime.