The Trial: Principles, Process and Evidence 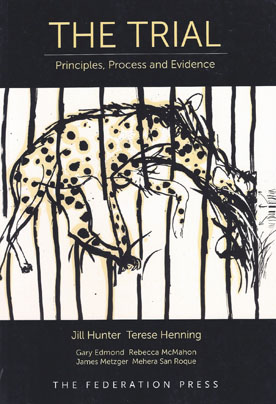 
Written by leading evidence law scholars, combined with practitioner contribution, The Trial examines procedural and evidentiary law under the uniform Evidence Acts. This is a book for evidence law students, scholars and for practising lawyers.

The Trial challenges mainstream approaches to teaching evidence law by:

The Trial focuses its study on the important functions of adversarialism and the oral tradition, as well as the consequential price exacted through diminishing access to justice for the vulnerable, particularly those with mental illness or cognitive impairment, children and sexual assault complainant witnesses.

Regarding Indigenous Australians, The Trial also shows how such challenges compound the pre-existing harshness of criminal justice processes. In Australia, no comprehensive evidence book presents doctrinal analysis so comprehensively within a humanising context.

The Trial places the criminal jury trial centre-stage. This is where the law of evidence and procedure is commonly hotly contested, where major defining evidentiary case law arises and where the cut and thrust of advocacy, crucially shaping the trial, are classically on show. It is also where rapid change has an impact on expertise and, through law reform, creates pressures on fundamental accusatorial principles in an increasingly complex justice environment.