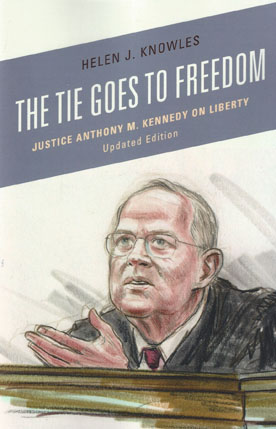 At the ideological center of the Supreme Court sits Anthony M. Kennedy, whose pivotal role on the Rehnquist Court is only expected to grow in importance now that he is the lone 'swing Justice' on the Roberts Court.

The Ties Goes to Freedom is the first book-length analysis of Kennedy, and it challenges the conventional wisdom that his jurisprudence is inconsistent and incoherent.

Using the hot-button issues of privacy rights, race, and free speech, this book demonstrates how Kennedy forcefully articulates a libertarian constitutional vision. The Tie Goes to Freedom fills two significant voids-one examining the jurisprudence of the man at the ideological center of the Supreme Court, the other demonstrating the compatibility of an expansive judicial role with libertarian political theory.

At the end of Kennedy's tenure as the most important swing justice in recent Supreme Court history, Helen Knowles provides an updated edition of her highly regarded book on Justice Kennedy and his constitutional vision.