Law and Religion in the Commonwealth: The Evolution of Case Law 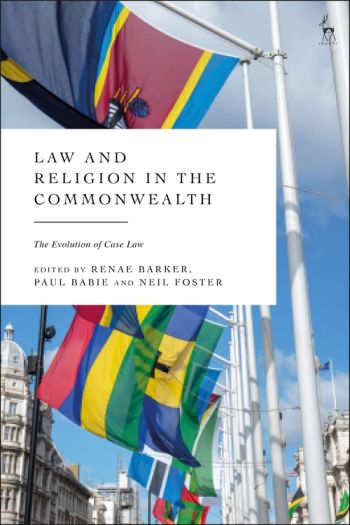 This book examines law and religion from the perspective of its case law. Each chapter focuses on a specific case from a Commonwealth jurisdiction, examining the history and impact of the case, both within the originating jurisdiction and its wider global context.

The book contains chapters from leading and emerging scholars from across the Commonwealth, including from the United Kingdom, Canada, Australia, Pakistan, Malaysia, India and Nigeria.

The cases are divided into four sections covering:

Like religion itself, the case law covers a wide spectrum of life. This diversity is reflected in the cases covered in this book, which include:

The book examines how legal disputes involving religion are among the most contested in the courts and shows that in these cases, passions run high and the outcomes can have significant consequences for all involved.