Thu 17th June 09:50am - We are experiencing problems with our Credit card processor (Opayo/Sagepay) this morning : If you place an order and the transaction hangs or you do not receive an email order confirmation from us please contact the shop on +44 20 7242 5778 or email enquiries@wildy.com and we will be able to complete your order offline. We would like to apologise for any inconvenience caused. 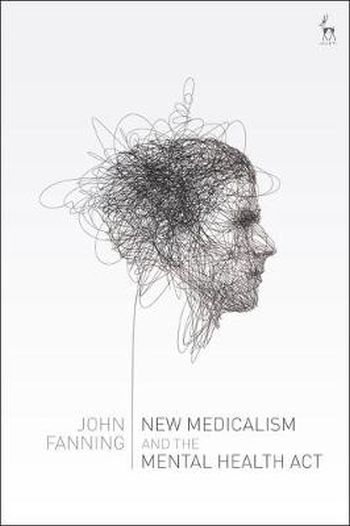 Ten years have passed since the Mental Health Act (MHA) 2007 came into force in England. An amending statute, the Act reformed the MHA 1983 and reshaped the law governing the compulsory care and treatment of people suffering from mental disorders. Primarily driven by concerns about risk, it sought to remove legalistic obstacles to civil commitment and extend the law's coercive reach into the community.

At the time of its introduction, the 2007 Act was written off as a retrograde step and a missed opportunity for radical, rights-focused reform. Despite this, little attention has been paid to its impact in the years since. Published to coincide with the tenth anniversary of the 2007 Act, this book offers a timely evaluation of mental health law and policy in England. It argues that the current MHA defies easy categorisation within any of the descriptive models which have customarily narrated the mechanics of civil commitment, namely 'legalism', 'new legalism', and 'medicalism'. It therefore makes the case for a new model - new medicalism - to account for the 2007 Act's enhancement of the discretion of mental health professionals for the express purposes of facilitating the management of situations of risk. In doing so, the book: critically examines the problems inherent in civil commitment frameworks organised around the concept of risk; explores the theoretical foundations of new medicalism; considers the challenges facing proponents of future reform in the era of the UN Convention on the Rights of Persons with Disabilities; and, reflects on the 2007 Act's practical impact.