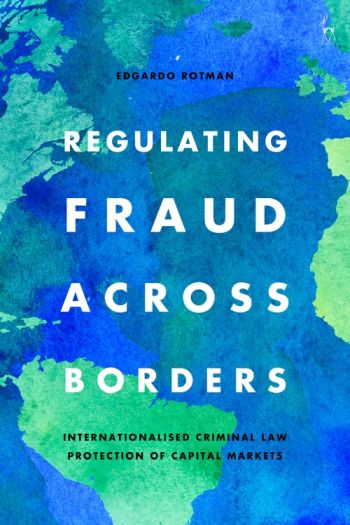 At a time when financial crime routinely crosses international boundaries, this book provides a novel understanding of its spread and criminalisation. It traces the international convergence of financial crime regulation with a uniquely comparative approach that examines key institutional and state actors including the European Union, the International Organization of Securities Commissions, as well as the United States, the United Kingdom, Switzerland, France, Italy and Germany, all countries that harbour some of the most influential stock exchanges in the Western world.

The book describes and documents the phenomenon of internationalisation of securities frauds – such as insider trading and market manipulation – and the laws criminalising those acts, most notably those responding to recent dramatic transformations in securities markets, high frequency trading, and benchmark manipulation. At the European level, it shows the progressive uniformisation of laws culminating in the 2014 European Union Market Abuse Regulation.

The book argues that criminal prohibitions against internationalised market abuse must be understood as an economic and legal imperative to protect financial markets against activities that imperil its integrity, compromising the confidence of investors and thus affecting the economy as a whole. The book is supported by an extensive review of the most significant scholarship in each country.