Ordoliberalism, Law and the Rule of Economics 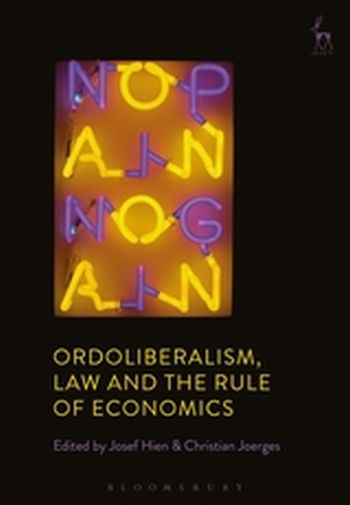 Ordoliberalism is a theoretical and cultural tradition of significant societal and political impact in post-war Germany. For a long time the theory was only known outside Germany by a handful of experts, but ordoliberalism has now moved centre stage after the advent of the financial crisis, and has become widely perceived as the ideational source of Germany's crisis politics.

In this collection, the contributors engage in a multi-faceted exploration of the conceptual history of ordoliberalism, the premises of its founding fathers in law and economics, its religious underpinnings, the debates over its theoretical assumptions and political commitments, and its formative vision of societal ordering based upon a synthesis of economic theories and legal concepts. The renewal of that vision through the ordoliberal conceptualisation of the European integration project, the challenges of the current European crisis, and the divergent perceptions of ordoliberalism within Germany and by its northern and southern EU neighbours, are a common concern of all these endeavours. They unfold interdisciplinary affinities and misunderstandings, cultural predispositions and prejudices, and political preferences and cleavages. By examining European traditions through the lens of ordoliberalism, the book illustrates the diversity of European economic cultures, and the difficulty of transnational political exchanges, in a time of European crisis.