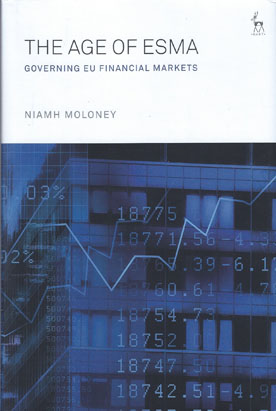 Since its inception in 2011, the European Securities and Markets Authority (ESMA) has established itself as a central actor in EU financial market regulation and supervision.

Its burgeoning influence extends from rule-making to supervisory convergence/coordination to direct supervision and it has become a pivotal actor in the development of EU financial market governance.

Reflecting the now critical importance of ESMA to how the EU regulates and supervises financial markets, and with ESMA at an inflection point in terms of the development of its powers, The Age of ESMA maps, contextualises and examines ESMA's role and considers how and the extent to which it is shaping EU financial market governance.

Drawing on empirical evidence and on a multi-faceted scholarship, the book probes ESMA's approach to its powers and considers whether reforms are necessary, including in light of the Commission's 2017 proposals to reform ESMA and the UK's withdrawal from the EU.