The UK and European Human Rights: A Strained Relationship? 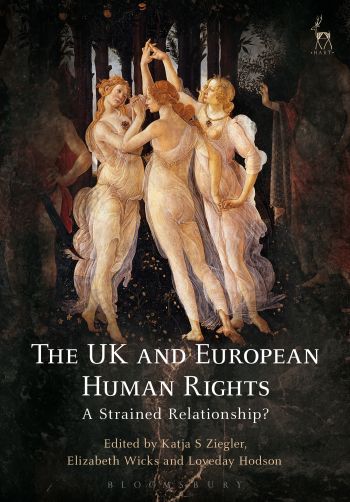 The UK’s engagement with the legal protection of human rights at a European level has been, at varying stages, pioneering, sceptical and antagonistic.

The UK government, media and public opinion have all at times expressed concerns about the growing influence of European human rights law, particularly in the controversial contexts of prisoner voting and deportation of suspected terrorists as well as in the context of British military action abroad.

British politicians and judges have also, however, played important roles in drafting, implementing and interpreting the European Convention on Human Rights. Its incorporation into domestic law in the Human Rights Act 1998 intensified the ongoing debate about the UK’s international and regional human rights commitments. Furthermore, the increasing importance of the European Union in the human rights sphere has added another layer to the relationship and highlights the complex relationship(s) between the UK government, the Westminster Parliament and judges in the UK, Strasbourg and Luxembourg.

Contents:
Introduction
1. The UK and European Human Rights: A Strained Relationship? Katja S Ziegler, Elizabeth Wicks and Loveday Hodson
Part I: Compliance, Cooperation or Clash? The Relationship Between the UK and the ECHR/Strasbourg Court
2. The Relationship Between the Strasbourg Court and the National Courts - As Seen from Strasbourg Paul Mahoney
3. The Relationship Between the Strasbourg Court and the National Courts - As Seen from the UK Supreme Court The Rt Hon the Lord Kerr of Tonaghmore
4. The UK and Strasbourg: A Strained Relationship - The Long View Ed Bates
5. Reforming the European Court of Human Rights: The Impacts of Protocols 15 and 16 to the ECHR . Noreen O'Meara
6. Should the English Courts under the HRA Mirror the Strasbourg Case Law? Richard Clayton
7. Repeal the HRA and Rely on the Common Law? Brice Dickson
8. The Implementation of European Court of Human Rights Judgments Against the UK: Unravelling the Paradox Alice Donald
Part II: Specific Issues of Conflict
9. Voting Eligibility: Strasbourg's Timidity Reuven (Ruvi) Ziegler
10. Enhanced Subsidiarity and a Dialogic Approach - Or Appeasement in Recent Cases on Criminal Justice, Public Order and Counter-Terrorism at Strasbourg Against the UK? Helen Fenwick
11. Article 8 ECHR, the UK and Strasbourg: Compliance, Cooperation or Clash? A Judicial Perspective Mark Ockelton
12. Application of the ECHR during International Armed Conflicts Clare Ovey
Part III: The Interplay of Human Rights in Europe: ECHR, EU and National Human Rights
13. Fundamental Rights, Not Euroscepticism: Why the UK Should Embrace the EU Charter of Fundamental Rights Sionaidh Douglas-Scott
14. Of Tangled and Truthful Hierarchies: EU Accession to the ECHR and its Possible Impact on the UK's Relationship with European Human Rights Paul Gragl
15. An Austrian Menage a Trois: The Convention, the Charter and the Constitution Andreas Th Muller
Part IV: Perspectives from Other Jurisdictions: Contrasts and Comparisons with the UK Experience
16. Compliance with Strasbourg Court Rulings: A General Overview Luis Lopez Guerra
17. The ECHR in French Law: Status, Implementation and Debates Constance Grewe
18. The European Court of Human Rights and the Italian Constitutional Court: No 'Groovy Kind of Love' Oreste Pollicino
19. From Conflict to Cooperation: The Relationship Between Karlsruhe and Strasbourg Julia Rackow
20. Russia's Response to the European Court of Human Rights' Systemic Findings: Words or Actions? Olga Chernishova
21. The Russian Federation and the Strasbourg Court: The Illegitimacy of Sovereignty? Bill Bowring
Part V: The Role of the Media in Shaping the Relationship
22. Public Watchdogs and Democratic Society: The Role of the Media and of the Strasbourg Court Robert Uerpmann-Wittzack
23. 'You Couldn't Make It Up' : Some Narratives of the Media's Coverage of Human Rights' David Mead
24. Human Rights, the British Press and the Deserving Claimant Lieve Gies Conclusions
25. The UK and European Human Rights: Some Reflections Elizabeth Wicks, Katja S Ziegler and Loveday Hodson