The Prime Minister and His Mistress 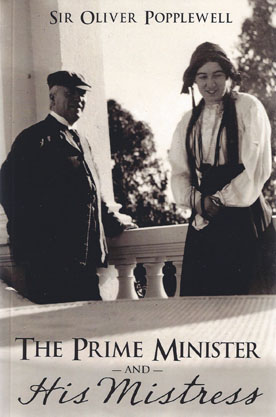 Herbert Henry Asquith had a heart that burned for politics - and women. At sixty-years old in 1912, he had five children by his first wife and two by his second wife. He was also the prime minister of Great Britain at a critical time - just two years before the outbreak of World War One.

Asquith wrote to her while conducting Cabinet meetings and during debates in the House of Commons. Once war began, he told her government secrets, and he reportedly valued her advice above all others.

Historians have long been haunted by whether or nor the relationship ever turned into a physical affair. Like a good detective story, you'll be led to your own conclusion in The Prime Minister and His Mistress.

Sir Oliver Popplewell was a distinguished High Court Judge in England, and he is now retired. He is the author of two autobiographies: Benchmark: Life, Laughter and the Law and Hallmark: A Judge's Life at Oxford.