The Confederate Jurist: Reflections on the Public Life of Judah P. Benjamin 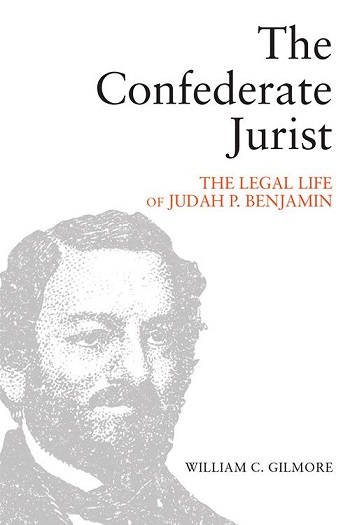 This is the first biography written from a legal perspective on the public life of Judah P. Benjamin (1811–1884); a prominent figure in the common law world in the second half of the 19th century. Drawing on a range of primary source materials including newspaper articles, case law and extensive archival research in the UK and USA, it charts his rise as a lawyer first in the mixed legal system of Louisiana and then nationally. In 1853 he was the first person of Jewish heritage to be offered nomination to the US Supreme Court – an honour he declined. Benjamin was also a member of the US Senate, a slave owner and a supporter of Southern secession. In the Civil War he served continuously in the Confederate Cabinet initially as Attorney General, then as Secretary of War and finally as Secretary of State. Following the victory of the Union he fled America, a fugitive. In political exile in England he requalified as a Barrister at Lincoln’s Inn. Within a decade he had written a scholarly and long-enduring treatise on commercial law and become the undisputed advocate of choice in appeals before the House of Lords and the Privy Council. This book considers the extraordinary career of this distinguished jurist and reflects upon his legal legacy.