Merkin and Flannery on the Arbitration Act 1996 6th ed 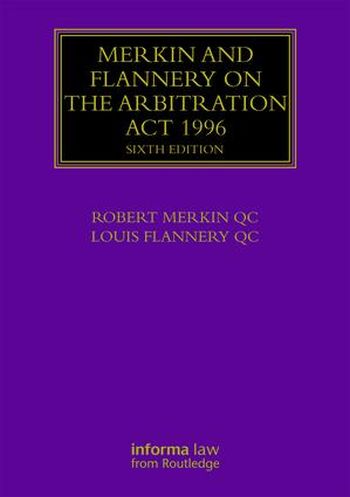 This book is an essential resource for anybody involved in arbitration. It is an updated section-by-section commentary on the Arbitration Act 1996, split into a separate set of notes for each section, and subdivided into the relevant issues within that section. It contains elements of international comparative law, citing authorities from many other common law and civil law jurisdictions.

Beyond the development of law since the last edition, this sixth edition contains new practical features to aid the reader. Each section now has a new contents table, with each separate topic set out clearly and in a logical order, which acts as reminder for the reader. Further, each separate topic now has a specific individual reference, and the topics are grouped in a more systematic and logical way within each section, to improve readability.