Dispute Resolution in China: Litigation, Arbitration, Mediation and their Cross-Interactions 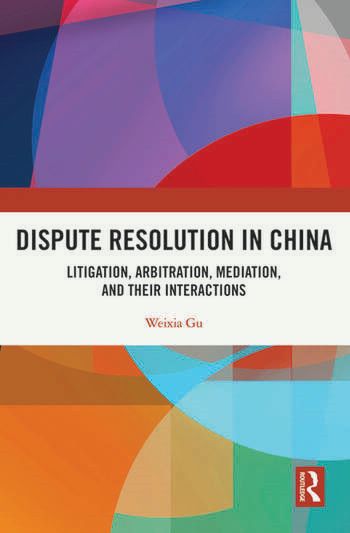 In recent years, the Chinese legal system on civil litigation, arbitration and mediation, including their respective laws, regulations, and legal institutions, has undergone many changes. These reforms include, for example, three rounds of Reform Plans of the People’s Courts (1998-2013), amendments to the Civil Procedure Law in 2007 and 2012, revisions to rules of China’s flagship arbitration institution, the China International Economic and Trade Arbitration Commission (CIETAC), in 2005 and 2012, and promulgation of the People’s Mediation Law in 2010.

This book focuses on the law and development of these three major dispute resolution mechanisms in China, examining the design and legal framework of civil litigation, arbitration and mediation, their operations, challenges, and past-decade reforms. It also explores the wider contextual factors (political, economic, and societal) that led to these developments and looks at the possible obstacles to further development, for civil justice reform in particular and rule-of-law in general. By examining up-to-date literatures while exploring answers to the academic inquiries, this book provides a thorough analysis of the dynamic contemporary Chinese system of dispute resolution that has on the one hand blended Chinese traditions, socioeconomic and sociopolitical realities, guanxi culture and foreign experience, and has on the other hand developed distinctively to respond to China’s market and societal transitions.

This book will be an invaluable reference tool for students, scholars and practitioners with an interest in Chinese law, dispute resolution, and broader economic and political dimensions of dispute resolution development in China.

Contents:
PART I: Background of Dispute Resolution in China
1. The Court System
2. Multiple Dispute Resolution Methods in a Changing Society and the Rise of Private Ordering in Commercial Dispute Resolution
Part II: The Law of and Developments in Major Dispute Resolution Methods
3. Civil Litigation in China and Continued Reforms under Societal Challenge
4. The Enduring Role of Mediation in China and "Oriental Experience" Revisited
5. Arbitration Modernization in Serving China’s Trade and Investment Interests
Part III: Cross-Interactions among Litigation, Arbitration, and Mediation
6. Juggling Path between Adjudicatory and Mediatory Justice and "Responsive Justice" Analysis during Transitional Times
7. Judicial Review over Arbitration under the Latest Pro-arbitration Move by the Supreme People’s Court
8. The Delicate Art of China-styled Med-Arb and Its Future Institutionalization
Part IV: Conclusion
10. Concluding Remarks and Prognosis for Civil Justice Reform