The Official History of Criminal Justice in England and Wales: Volume II: Institution-Building 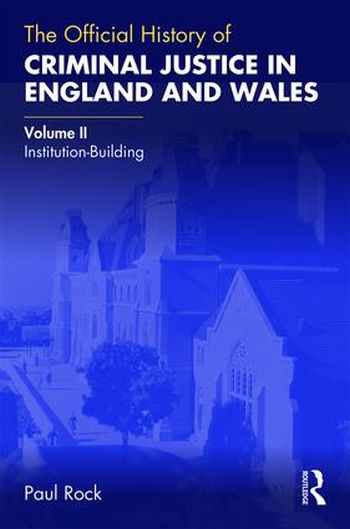 Volume II of The Official History of Criminal Justice in England and Wales traces, for the first time, the genesis and early evolution of two principal institutions in the criminal justice system, the Crown Court and the Crown Prosecution Service.

This volume examines the origins and shaping of two critical institutions: the Crown Court, which rose from the ashes of the Courts of Assize and Quarter Sessions; and the Crown Prosecution Service which replaced a rather haphazard system of police prosecuting solicitors. The 1971 Courts Act and the 1985 Prosecution of Offences Act were to reconfigure the architecture of criminal justice, transforming the procedures by which people were charged, prosecuted and, in the weightier cases demanding a judge and jury, tried in the criminal courts of England and Wales. One stemmed from a crisis in a medieval system of travelling justices that tried people in the wrong places and for inadequate lengths of time. The other was precipitated by a scandal in which three men were wrongly convicted for the murder of a bisexual prostitute. Theirs is an as yet untold history that can be explored in depth because, it is recent enough, in the words of Harold Wilson, to have been ‘written while the official records could still be supplemented by reference to the personal recollections of the public men who were involved’.

This book will be of much interest to students of criminology and British history, politics and law.