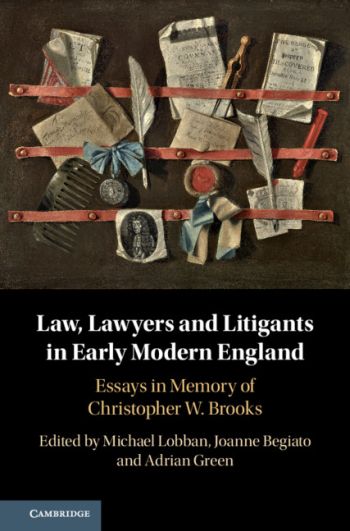 Written in memory of Christopher W. Brooks, this collection of essays by prominent historians examines and builds on the scholarly legacy of the leading historian of early modern English law, society and politics. Brooks's work put legal culture and legal consciousness at the centre of our understanding of seventeenth- and eighteenth-century English society, and the English common law tradition.

The essays presented here develop a number of strands found in his work, and take them in new directions. They shed new light on central debates in the history of the common law, exploring how law was understood and used by different communities in early modern England, and examining how and why people engaged (or did not engage) in litigation.

The volume also contains two hitherto unpublished essays by Christopher Brooks, which consider the relationship between law and religion and between law and political revolution in seventeenth-century England.