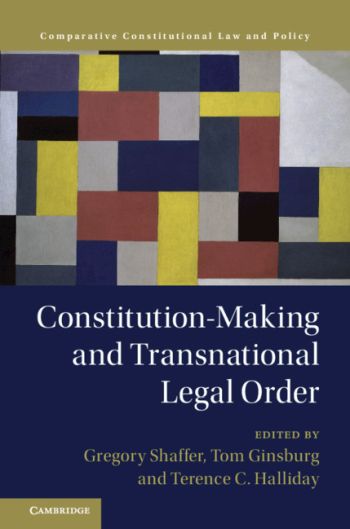 Since the rise of the nation-state in the 19th century, constitutions have been seen as an embodiment of national values and identity. However, individuals, ideas, and institutions from abroad have always influenced constitutions, and so the process is better described as transnational.

As cross-border interaction is increasing in intensity, a dominant transnational legal order for constitutions has emerged, with its own norms, guidelines and shared ideas. Yet both the process and substance of constitution-making are being contested in divergent and insurgent constitutional orders. Bringing together leading scholars from the United States, Europe, Latin America, and Asia, this volume addresses the actors, networks, norms and processes involved in constitution making, as well as the related challenges, from a transnational and comparative perspective.

Drawing from the research on transnational legal orders, this work explores and examines constitution making in every region of the world.