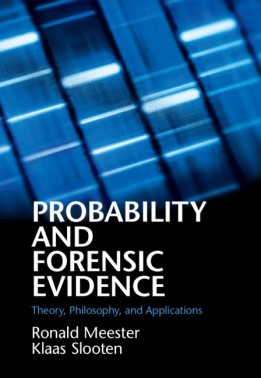 This book addresses the role of statistics and probability in the evaluation of forensic evidence, including both theoretical issues and applications in legal contexts. It discusses what evidence is and how it can be quantified, how it should be understood, and how it is applied (and, sometimes, misapplied). After laying out their philosophical position, the authors begin with a detailed study of the likelihood ratio. Following this grounding, they discuss applications of the likelihood ratio to forensic questions, in the abstract and in concrete cases. The analysis of DNA evidence in particular is treated in great detail. Later chapters concern Bayesian networks, frequentist approaches to evidence, the use of belief functions, and the thorny subject of database and familial search. Finally, the authors provide commentary on various recommendation reports for forensic science. Written to be accessible to a wide audience of applied mathematicians, forensic scientists, and scientifically-oriented legal scholars, this book is a must-read for all those interested in the mathematical and philosophical foundations of evidence and belief.