Laughing at the Gods: Great Judges and How They Made the Common Law 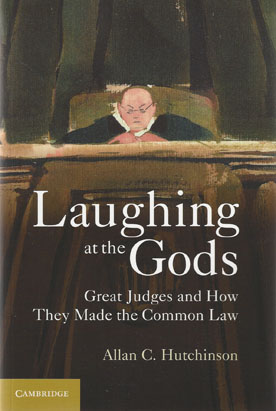 Any effort to understand how law works has to take seriously its main players - judges. Like any performance, judging should be evaluated by reference to those who are its best exponents.

Not surprisingly, the debate about what makes a 'great judge' is as heated and inconclusive as the debate about the purpose and nature of law itself. History shows that those who are generally considered to be candidates for a judicial hall of fame are game changers who oblige us to rethink what it is to be a good judge.

So the best of judges must tread a thin line between modesty and hubris; they must be neither mere umpires nor demigods. The eight judges showcased in this book demonstrate that, if the test of good judging is not about getting it right, but doing it well, then the measure of great judging is about setting new standards for what counts as judging well.