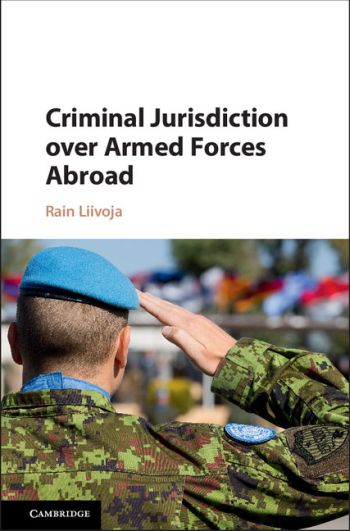 Rain Liivoja explores why, and to what extent, armed forces personnel who commit offences abroad are prosecuted under their own country's laws. After clarifying several conceptual uncertainties in the doctrine of jurisdiction and immunities, he applies the doctrine to the extraterritorial deployment of service personnel.

Comparing the law and practice of different states, the author shows the sheer breadth of criminal jurisdiction that countries claim over their service personnel. He argues that such claims disclose a discrete category of jurisdiction, with its own scope and rationale, which can be justified as a matter of international law. By distinguishing service jurisdiction as a distinct category, the analysis explains some of the peculiarities of military criminal law and also provides a basis for extending national criminal law to private military contractors serving the state.

This book is essential for scholars and practitioners in international and criminal law, especially in military contexts.