Hong Kong's Court of Final Appeal: The Development of the Law in China's Hong Kong 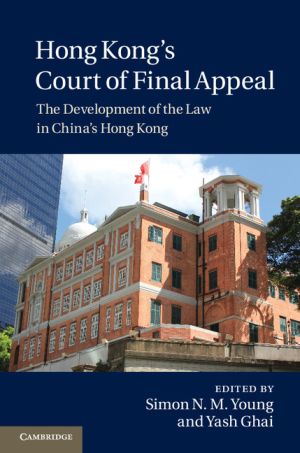 In the years since it was established on 1 July 1997, Hong Kong's Court of Final Appeal has developed a distinctive body of new law and doctrine with the help of eminent foreign common law judges.

Under the leadership of Chief Justice Andrew Li, it has also remained independent under Chinese sovereignty and become a model for other Asian final courts working to maintain the rule of law, judicial independence and professionalism in challenging political environments.

In this book, leading practitioners, jurists and academics examine the Court's history, operation and jurisprudence, and provide a comparative analysis with European courts and China's other autonomous final court in Macau. It also makes use of extensive empirical data compiled from the jurisprudence to illuminate the Court's decision-making processes and identify the relative impacts of the foreign and local judges.