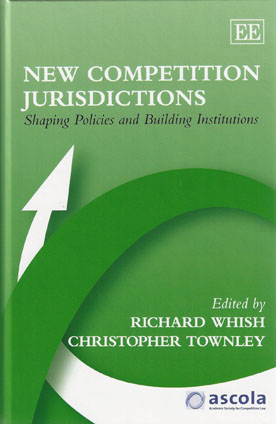 This book focuses on the problems faced by newly-established competition authorities, and on shaping policies and building institutions in those jurisdictions.

In particular four key issues encountered by new competition jurisdictions are considered, namely: the challenges and obstacles in adopting competition laws; institutional challenges and choices, with a specific focus on deterrence; the global perspective, with a specific focus on mergers; and a discussion of how to help young academics in new jurisdictions.

Theoretical analysis is informed by practice throughout, and in particular by those considered to be at the cutting edge, either working in new competition authorities, or from specialists advising them on a daily basis (such as those in the OECD and UNCTAD). New Competition Jurisdictions will be of great interest to lawyers, economists, academics, judges and public officials working in the fields of competition law and policy.