This book is now Out of Print.
A new edition has been published, the details can be seen here:
War Pensions and Armed Forces Compensation: Law and Practice 2nd ed isbn 9780854902897 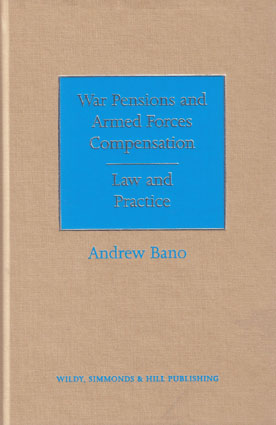 
With a foreword by Sir Ernest Ryder, Senior President of Tribunals