A new edition has been published, the details can be seen here:
Rules of Origin in International Trade 2nd ed isbn 9781107081550

Rules of Origin in International Trade 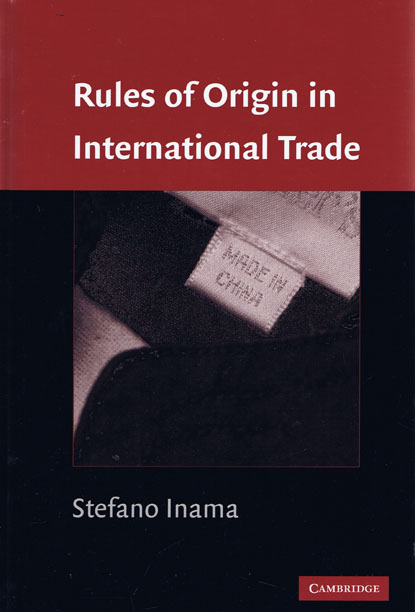 This book deals extensively with preferential rules of origin – both under unilateral trade instruments like GSP, EBA, and AGOA and in free trade areas. Inama analyzes the experience of the United States and the EU in developing the NAFTA and Pan-European rules of origin. He also compares and discusses the parallel experiences of the major southern regional trade agreements – such as Mercosur and ASEAN – and the ASEAN–China free trade area, as well as Comesa and SADC in their negotiations of the European partnership agreements (EPAs) with the EU.