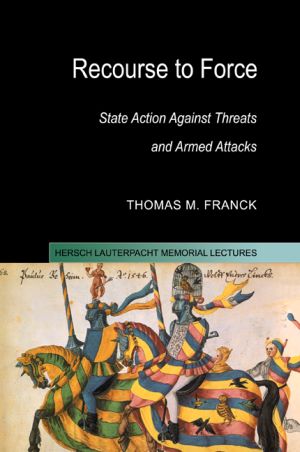 The UN Charter in 1945 prohibits all use of force by states except in the event of an armed attack or when authorized by the Security Council. This arrangement has only very imperfectly withstood the test of time. It did not anticipate the cold war which incapacitated the Security Council through the permanent members' frequent recourse to the veto.

The Charter failed to address a growing phenomenon of clandestine subversion and of nuclear threats, nor did it make allowance for the rise in public support for human rights. Fortunately, although the Charter is very hard to amend, the drafters did agree that it should be interpreted flexibly by the UN's principal political institutions.

In nearly sixty years, the text has undergone extensive interpretation through this practice. This book relates these changes in law and practice to changing public values pertaining to the balance between maintaining peace and promoting justice.