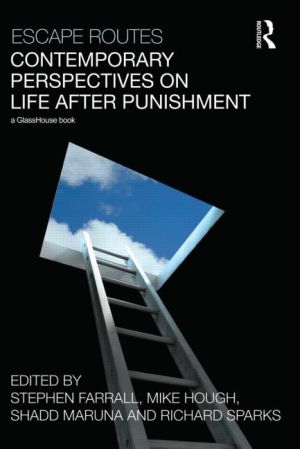 Escape Routes: Contemporary Perspectives on Life After Punishment addresses the reasons why people stop offending, and the processes by which they are rehabilitated or resettled back into the community. Engaging with, and building upon, renewed criminological interest in this area, Escape Routes nevertheless broadens and enlivens the current debate. First, its scope goes beyond a narrowly-defined notion of crime and includes, for example, essays on religious redemption, the lives of ex-war criminals, and the relationship between ethnicity and desistance from crime. Second, contributors to this volume draw upon a number of areas of contemporary research, including urban studies, philosophy, history, religious studies, and ethics, as well as criminology. Examining new theoretical work in the study of desistance and exploring the experiences of a number of groups whose experiences of life after punishment do not usually attract much attention, Escape Routes provides new insights about the processes associated with reform, resettlement and forgiveness. Intended to drive our understanding of life after punishment forward, its rich array of theoretical and substantive papers will be of considerable interest to criminologists, lawyers, and sociologists.