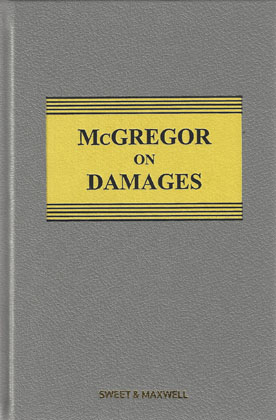 McGregor has been the leading authority on the law of damages for 150 years. It provides comprehensive coverage of the law, from detailed consideration of the general principles to specific heads of damages.

Related procedural issues are also covered, bringing the work up-to-date with the impact of the Civil Procedure Rules.

NEW FOR THE 19th EDITION

There are five new chapters, either new or by division of existing chapters including:

A primary reference tool on the general principles and the particular aspects of common law damages written by Harvey McGregor QC, an acknowledged authority for over 50 years, the book: