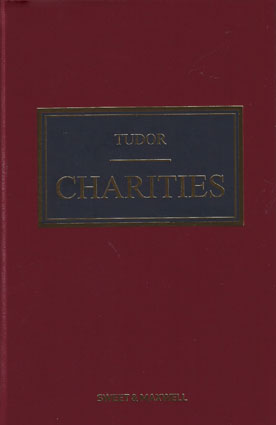 
First published in 1854, Tudor on Charities is the leading practitioner text in this area providing comprehensive analysis of the law relating to charities and their administration, including taxation, accounting and fundraising.

This revered textbook has been significantly up-dated and re-written by Will Henderson, Jonathan Fowles and Julian Smith. It takes account of the changes in the statute and common law applicable to charities since the previous edition was published in 2003. This edition has been produced by practitioners of charity law for practitioners of charity law.

The edition contains coverage of the changes effected by the Charities Acts 2006 and 2011, including:-

The effects of other recent statutory changes are also noted e.g. the Companies Act 2006; the Perpetuities and Accumulations Act 2009; the Equality Act 2010; and the Co-Operative and Community Benefit Societies Act 2014.

The chapter on the taxation of charities has been substantially re-written to take account of the re-write of the tax code since 2003, and changes introduced including the Finance Act 2010 and the tainted donation rules. New fiscal impositions such as the Community Infrastructure Levy and Stamp Duty Land Tax, and new reliefs for donors, are considered.