Powers of the Prosecutor in Criminal Investigation: A Comparative Perspective 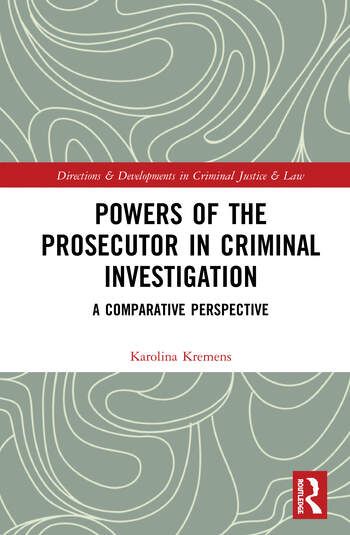 This comparative analysis examines the scope of prosecutorial powers at different phases of criminal investigation in four countries: the United States, Italy, Poland, and Germany. In all of these countries, where the majority of cases are decided by forms of adjudication in which judges are often called to just confirm agreements achieved between parties, the criminal investigation has become a central point of the criminal process. It is important to make a conscience determination regarding who shall be in charge of this stage of the process. Prosecutors have gained tremendous powers to influence the outcome of the criminal cases, including powers once reserved only for judges. The book attempts to answer the question of whether in the system in which the role of the trial is diminishing, and where the significance of criminal investigation is constantly growing, should the powers of the prosecutor at the early stage of the process be enhanced.

The insights of this comparative treatment are relevant to students and academics in criminal justice, criminology, law, and public policy, as well as policymakers, government officials, and others interested in legal reform.