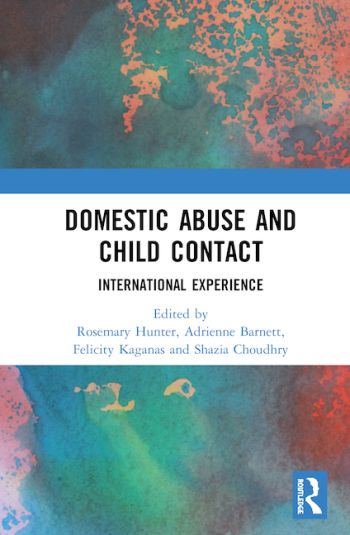 This book presents papers from an International Symposium on Contact Disputes and Allegations of Domestic Violence: Identifying Best Practices, held in London in May 2017.

The editors invited a group of international experts to explain the approaches taken in their jurisdictions to allegations of domestic violence in child contact cases, with a view to identifying international best practices in such cases. The book includes contributions from England and Wales, Scotland, Ireland, Canada, Sweden and Spain, as well as information presented at the symposium from New Zealand and Australia. The chapters include attention to particular issues such as specialist domestic violence courts, judicial training and hearing children’s voices. Collectively, the chapters identify a set of common problems experienced across all of the jurisdictions, including an overwhelming emphasis on the value of children’s ongoing contact with non-resident parents and the consequent minimisation of domestic violence and the muting of the voices of children who do not wish to have contact with abusive parents. Best practices in taking domestic violence seriously and providing adequate protection from further abuse for children and non-abusive parents were less in evidence. However, the concluding chapter draws together details of several initiatives and approaches which offer promising ways forward.

The chapters in this book were originally published as a special issue of the 'Journal of Social Welfare and Family Law'.