The Democratic Courthouse: A Modern History of Design, Due Process and Dignity 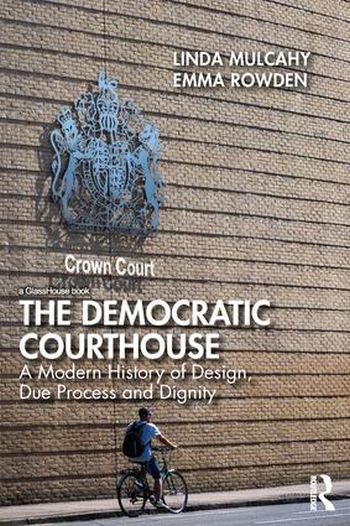 The Democratic Courthouse examines how changing understandings of the relationship between government and the governed came to be reflected in the buildings designed to house the modern legal system from the 1970s to the present day in England and Wales.

The book explores the extent to which egalitarian ideals and the pursuit of new social and economic rights altered existing hierarchies and expectations about how people should interact with each other in the courthouse. Drawing on extensive public and private archives kept by the Ministry of Justice, but also using case studies from other jurisdictions, the book details how civil servants, judges, lawyers, architects, engineers and security experts have talked about courthouses and the people that populate them. In doing so, it uncovers a changing history of ideas about how the competing goals of transparency, majesty, participation, security, fairness and authority have been achieved, and the extent to which aspirations towards equality and participation have been realized in physical form. As this book demonstrates, the power of architecture to frame attitudes and expectations of the justice system is much more than an aesthetic or theoretical nicety. Legal subjects live in a world in which the configuration of space, the cues provided about behaviour by the built form and the way in which justice is symbolised play a crucial, but largely unacknowledged, role in creating meaning and constituting legal identities and rights to participate in the civic sphere.

Key to understanding the modern day courthouse, this book will be of interest to legal scholars and students in all fields of law, sociology, political science, psychology and criminology.

Contents:
1. Design, Democracy and Due Process: The Geopolitics of the Courthouse
2. The Birth of a Modern Criminal Justice System
3. A shift towards democratic courthouses?
4. The Impossible Dream: The weight of tradition in orchestrating legal reform
5. The Courthouse as Machine: Technocratic Understandings of legal space
6. Hierarchies of knowledge in the articulation of design principles
7. Outsiders in the Civic Realm
8. Docks and Locks
9. Architects
10. Flexible Futures?