Vulnerable Consumers and the Law: Consumer Protection and Access to Justice 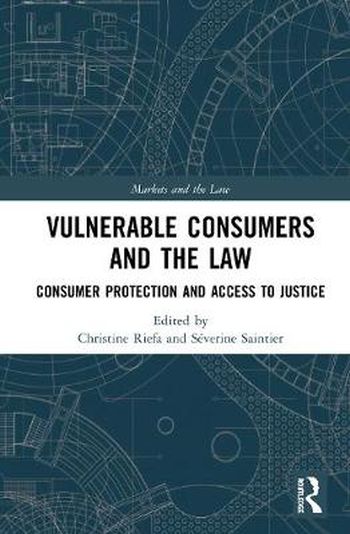 This book charts the difficulties encountered by vulnerable consumers in their access to justice, through the contributions of prominent authors (academic, practitioners and consultants) in the field of consumer law and access to justice.

The book shows that lack of access to justice is not irreversible nor is it necessarily linked to consumer apathy. New technologies could provide solutions. The book concludes with a plea for developing 'inclusive' justice systems with more emphasis on public enforcement alongside effective courts systems to offer the vulnerable with adequate means to defend themselves.

This book will be suitable for both students and practitioners, and all those with an interest in the justice system.

Series: Markets and the Law