Arbitration in France: Law and Practice 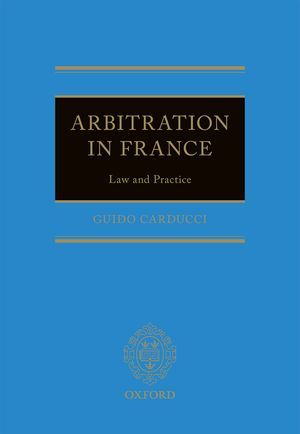 This is a much-needed reference work providing practitioners and academics with a detailed commentary on and analysis of the French Arbitration law and its application.

After thirty years of case law on Book IV of the French Civil Procedure Code, one of the aims of the 2011 decree is to codify these decisions and render French law on arbitration even more readily accessible to foreign practitioners, which is in tune with the aim of this book.

The guide covers both domestic and international arbitration, and provides the reader with a thorough analysis of the Decree's logic and objectives alongside an examination of pre-existing case law that remains relevant. The opening section introduces the history of arbitration in France; the legal theory, legislative policies, and sources of arbitration law in France; and the boundaries of arbitration, or arbitrability.

The book then follows the structure of the 2011 Decree itself, making it easily accessible to the practitioner. The dualist approach, maintained in the new decree, which distinguishes between the procedure for domestic and international arbitration will continue to maintain the arbitration-friendly environment for which France is well-known.

French arbitration law applies, to a greater or lesser extent, every time parties choose Paris as a seat of an ICC arbitration. It is also mandatory when parties from such an arbitration attempt to have the award set aside by the French courts, or where parties from anywhere in the world want to enforce an awards relating to assets on French territory in France. It is therefore of vital importance to any international practitioner and this book will make an indispensable companion to any practice in this area.