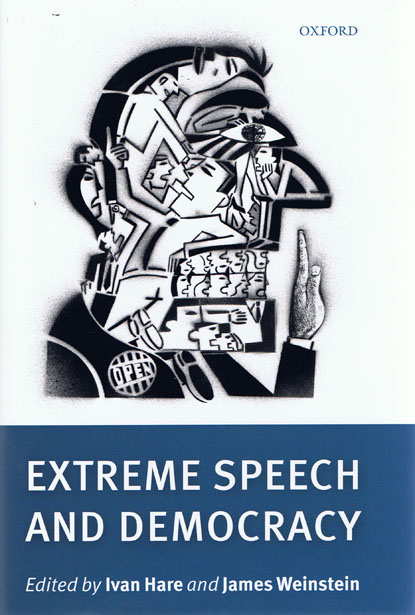 A fundamental precept of all liberal democracies is a commitment to free speech. However, democracies differ fundamentally when addressing the constitutionality of laws regulating certain kinds of speech.

In the United States, the commitment to free speech in the First Amendment has been held by the Supreme Court to protect the public expression of the most noxious racist ideology and hence to render unconstitutional even narrow restrictions on hate speech. In contrast, governments have been accorded considerable leeway to restrict racist and other extreme expression in almost every other democracy, including Canada, the United Kingdom and other European countries.

This book considers the constitutionality of hate speech regulation, and examines how liberal democracies have adopted fundamental differences in the way they respond to racist or extreme expressions.

What accounts for the marked differences in attitude towards the constitutionality of hate speech regulation? Does hate speech regulation violate the core free speech principle constitutive of democracy? Has the traditional US position on extreme expressions justifiably not found favour elsewhere? Should, or could, other values such as the commitment to equality or dignity legitimately override the right to free speech in some circumstances?

This collection of papers from some of the top free speech thinkers and writers today attempts to analyse and answer some of these fundamental questions that confront liberal democracies faced with extreme expressions.