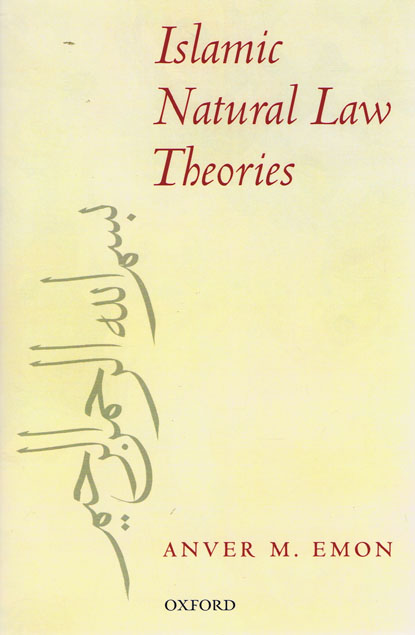 In popular debates about Islamic law, modern Muslims perpetuate an image of Islamic law as legislated by God, to whom the devout are bound to obey. Reason alone cannot obligate obedience; at most it can confirm or corroborate what is established by source texts endowed with divine authority.

This book shows, however, that premodern Sunni Muslim jurists were not so resolute. Instead, they asked whether and how reason alone can be the basis for asserting the good and the bad, and thereby justifying obligations and prohibitions under Shari'a. They theorized about the authority of reason amidst competing theologies of God. For them, nature became the link between the divine will and human reason. Nature is the product of God's wilful creation for the benefit of humanity.

Since nature is created by God and thereby reflects His goodness, nature is fused with both fact and value. Consequently, as a divinely created good, nature can be investigated to reach both empirical and normative conclusions about the good and bad. They disagreed, however, whether nature's goodness is a result of God's justice or grace upon humanity, thus contributing to different theories of natural law.

By recasting the Islamic legal tradition in terms of legal philosophy, the book sheds substantial light on an uncharted tradition of natural law theory, and offers critical insights about contemporary, global debates about Islamic law and reform.

Contents:
1: Introduction
2: Islamic Hard Naturalism
3: The Voluntarist Critique of Hard Naturalism: The Indeterminacy of Nature and The Need for a Legislative Will
4: Soft Naturalist Jurisprudence: Divine Command Teleologies of the Good
5: Conclusion;