Private Security, Public Order: The Outsourcing of Public Services and Its Limits 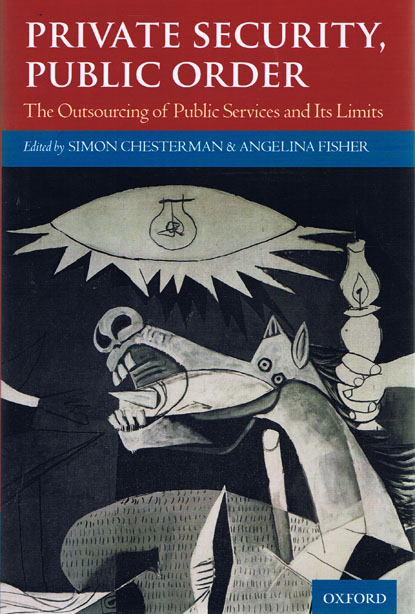 Private actors are increasingly taking on roles traditionally arrogated to the state. Both in the industrialized North and the developing South, functions essential to external and internal security and to the satisfaction of basic human needs are routinely contracted out to non-state agents. In the area of privatization of security functions, attention by academics and policy makers tends to focus on the activities of private military and security companies, especially in the context of armed conflicts, and their impact on human rights and post-conflict stability and reconstruction.

The first edited volume emerging from New York University School of Law's Institute for International Justice project on private military and security companies, From Mercenaries to Market: The Rise and Regulation of Private Military Companies broadened this debate to situate the private military phenomenon in the context of moves towards the regulation of activities through market and non-market mechanisms.

Where that first volume looked at the emerging market for use of force, this second volume looks at the transformations in the nature of state authority. Drawing on insights from work on privatization, regulation, and accountability in the emerging field of global administrative law, the book examines private military and security companies through the wider lens of private actors performing public functions. In the past two decades, the responsibilities delegated to such actors - especially but not only in the United States - have grown exponentially.

The central question of this volume is whether there should be any limits on government capacity to outsource traditionally "public" functions. Can and should a government put out to private tender the fulfilment of military, intelligence, and prison services? Can and should it transfer control of utilities essential to life, such as the supply of water? This discussion incorporates numerous perspectives on regulatory and governance issues in the private provision of public functions, but focuses primarily on private actors offering services that impact the fundamental rights of the affected population.