Nightlife and Crime: Social Order and Governance in International Perspective 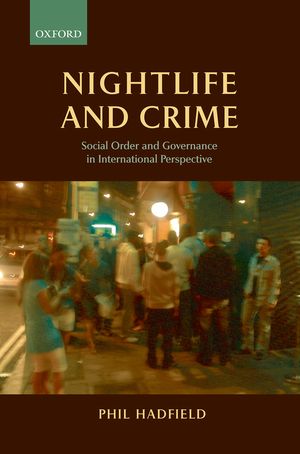 Nightlife and Crime is a collection of scholarly reports on crime and disorder in the Night Time Economies (NTEs) of 17 countries. This innovative volume provides an outward looking and international perspective on the area in an accessible and thought-provoking style.

The issues raised in Nightlife and Crime go the heart of contemporary debates on 'binge-drinking' and anti-social behaviour which have been hotly debated in Britain following the implementation of the Licensing Act 2003 and the Violent Crime Reduction Act 2006. Such themes are also at the forefront of public policy discourse and media interest in other countries such as Australia and Spain.

Academic literature on crime and policing in the night time economy has so far primarily focused on England and Australasia, with cross-cultural comparative approaches noticeable only by their absence. This title is a marked change from this tendency, allowing readers to access data and critique from an interdisciplinary team of world-renowned experts.

The book's impressive range of contributors explicate the salient themes and particularities within the countries from which their research is drawn, and American contributions feature in-depth case studies tackling three different regions in the States. Other countries discussed include the UK, Canada, Australia, South Africa, Spain, Norway and Hong Kong.

Each contributor examines the main crime and disorder issues within their country's cultural contexts, summarising the police strategies used and their own research into the nature of the crime and disorder. Each chapter reflects on the broader challenges these crimes present to the economic and social life of towns, with the aim of facilitating the transfer of knowledge between scholars and practitioners in various parts of the world.

On the basis of the studies included in the volume, the Editor draws out tentative areas of comparative research in the introductory and concluding chapters, with the aim of encouraging the development of further comparative and collaborative research in the area. This unique, ambitious book is of interest to academics and practitioners alike who are tasked with making sense of this burgeoning area of criminology, and is also of value to undergraduate and postgraduate courses dealing with Night Time Economies.