Punishment and Responsibility: Essays in the Philosophy of Law 2nd ed 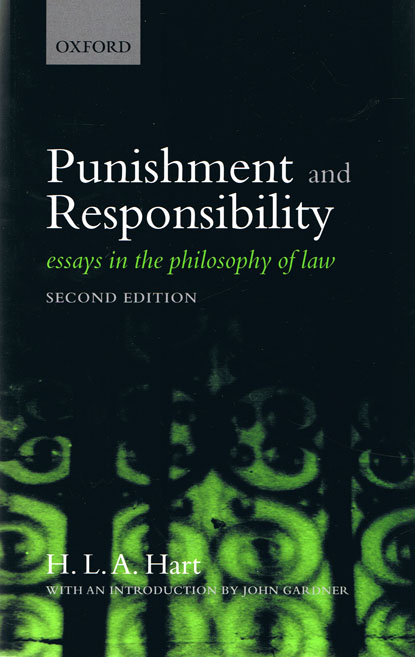 This classic collection of essays, first published in 1968, has had an enduring impact on academic and public debates about criminal responsibility and criminal punishment. Forty years on, its arguments are as powerful as ever. H.L.A. Hart offers an alternative to retributive thinking about criminal punishment that nevertheless preserves the central distinction between guilt and innocence.

He also provides an account of criminal responsibility that links the distinction between guilt and innocence closely to the ideal of the rule of law, and thereby attempts to by-pass unnerving debates about free will and determinism. Always engaged with live issues of law and public policy, Hart makes difficult philosophical puzzles accessible and immediate to a wide range of readers.

For this new edition, otherwise a reproduction of the original, John Gardner adds an introduction engaging critically with Hart's arguments, and explaining the continuing importance of Hart's ideas in spite of the intervening revival of retributive thinking in both academic and policy circles.