Law of the Sea: Progress and Prospects 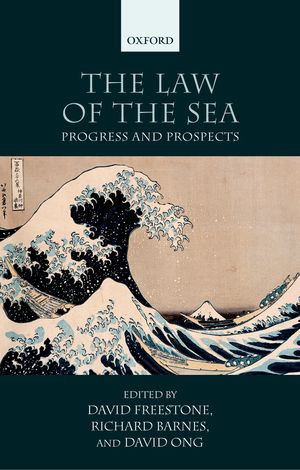 It is now more than ten years since the 1982 United Nations Convention on the Law of the Sea (LOSC) came into force and more than twenty years since it was concluded in December of 1982 after more than nine years of negotiations. The famous nullpackage dealnull that it represented addressed many of the problematic issues that previous conventions had been unable to settle.

This collection of essays, by leading academics and practitioners, provides a critical review of the LOSC and its relationship to and interface with the wide range of developments which have occurred since 1982. The individual chapters reveal a number of core themes, including the need to maintain the integrity of the LOSC and its centrality to oceans regulation; the tension between regional global regimes for oceans governance and the struggle to reconcile these within the LOSC; the gradual consolidation of authority over oceans space; the difficulty of adapting some of the more dated provisions of the LOSC to deal with unforeseen contemporary issues of oceans use; and the consequent development of the general obligations of the LOSC through binding and non-binding agreements.

They clearly indicate the potential impact and role of post-LOSC agreements and institutions in developing the law of the sea and resolving some of the outstanding substantive issues. From this it is clear that the future of the Law of the Sea will involve an understanding of the wider legal environment within which it operates.