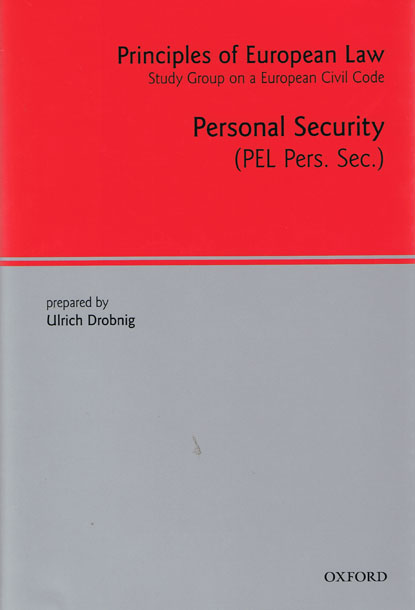 The Study Group on a European Civil Code has taken upon itself the task of drafting common European principles for the most important aspects of the law of obligations and for certain parts of the law of property in movables which are especially relevant for the functioning of the common market.

Like the Commission on European Contract Law's "Principles of European Contract Law", the results of the research conducted by the Study Group on a European Civil Code seek to advance the process of Europeanisation of private law. Among other topics the series tackles sales and service contracts, distribution contracts and security rights, renting contracts and loan agreements, negotiorum gestio, delicts and unjustified enrichment law, transfer of property, and trust law.

The principles furnish each of the national jurisdictions a grid reference. They can be agreed upon by the parties within the framework of the rules of private international law. They may provide a stimulus to both the national and European legislator for moulding private law. Beyond this, they aim to further discussion about the creation of a European Civil Code, or a Common Frame of Reference in the area of patrimonial law, by submitting a concrete model.