Freedom of Religion Under the European Convention on Human Rights 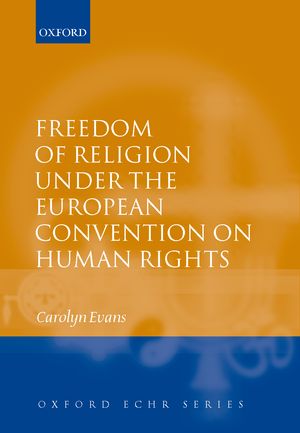 Freedom of religion and belief is one of the central rights set out in international human rights treaties and yet it has also been one of the most controversial. While it is generally agreed that religious freedom is a fundamental right, there is little consensus about its content or scope.

This book provides a detailed analysis of the law of freedom of religion or belief as developed under the European Convention on Human Rights. It takes a critical view of the restrictive manner in which the European Court and Commission of Human Rights have interpreted the Convention provisions relating to freedom of religion or belief and the high level of deference that they have given to State interests.

The first part of the book sets the context, historical and theoretical, in which the interpretation of religious freedom in the Convention takes place. The second looks at the meaning of the Article 9(1) provisions for the protection of freedom of religion and belief, and the third part explores the limitations that a State may place on that freedom.

Some of the issues raised include the role of religious education in State schools, permissible limitations on proselytism, the rights of conscientious objectors, and the scope of religious freedom for prisoners.