Offences and Defences: Selected Essays in the Philosophy of Criminal Law 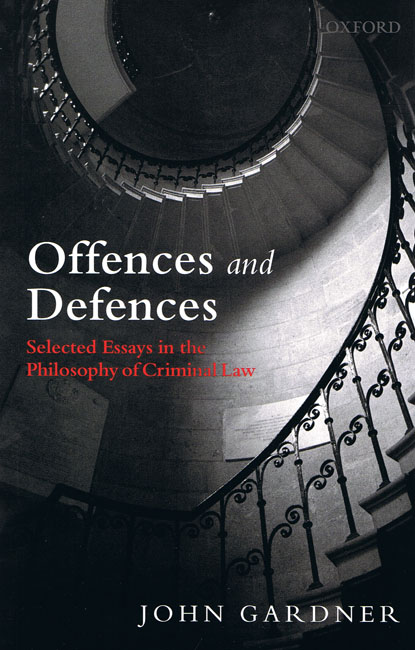 John Gardner's writings on the theory of criminal law have had a significant impact on the way that this subject is understood by academic lawyers and philosophers. This book collects together a thematic selection of his most widely read and widely cited pieces.

The issues raised in these essays have a significance extending beyond the law. What does it mean to be a responsible agent, and why does it matter? Is my moral character only or mostly my own business? Is there a difference between being reasonable and being rational? These and many other moral problems lurk in the background of the criminal law, and the pieces in this book bring them into the foreground.

Contents:
Preface
Acknowledgements
1. The Wrongness of Rape
2. Rationality and the Rule of Law in Offences against the Person
3. Complicity and Causality
4. In Defence of Defences
5. Justifications and Reasons
6. The Gist of Excuses
7. Fletcher on Offences and Defences
8. Provocation and Pluralism
9. The Mark of Responsibility
10. The Functions and Justifications of Criminal Law and Punishment
11. Crime: in Proportion and in Perspective
12. Reply to Critics
Index ;