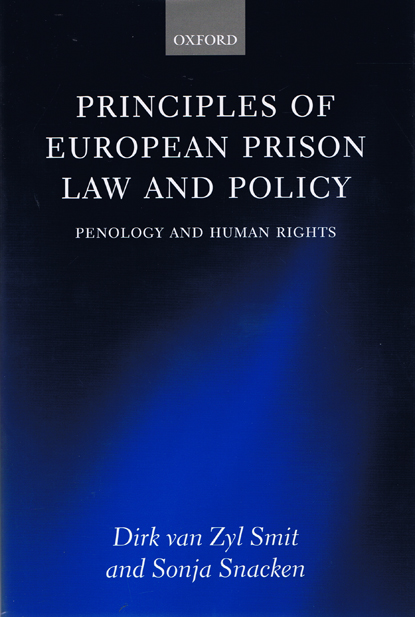 In recent years European prison law and policy have emerged as a force to be reckoned with. This book explores its development and analyses the penological and human rights foundations on which it is based. It examines the findings of the European Committee for the Prevention of Torture, the recommendations of the Council of Europe, and the judgments of the European Court of Human Rights.

From these sources it makes explicit the general principles that underlie European prison law and policy, emphasising the principle of using imprisonment as a last resort and the recognition of prisoners' rights. The book then moves on to apply these principles to conditions of imprisonment, regimes in prison, contacts between prisoners and the outside world, and the maintenance of good order in prisons.

In the final chapter the book considers how European prison law and policy could best be advanced in future. The authors argue that the European Court of Human Rights should adopt a more proactive approach to ensuring that imprisonment is used only as a last resort, and that a more radical interpretation of the existing provisions of the European Convention of Human Rights will allow it to do so.

It concludes that the growing cooperation on prison matters within Europe bodes well for the increased recognition of prisoners' rights across Europe.

In spite of some countervailing voices, Europe should increasingly be able to give an international lead in a human rights approach to prison law and policy in the same way as it has done with the abolition of the death penalty.