A Conflict of Laws Companion: Essays in Honour of Adrian Briggs 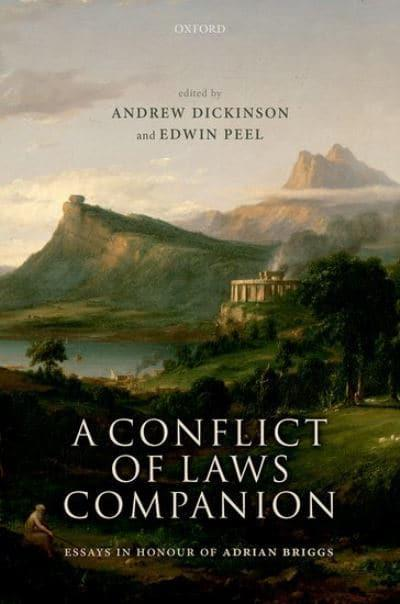 A Conflict of Laws Companion brings together a group of expert authors to write essays in honour of Professor Adrian Briggs QC. Professor Briggs has been teaching in Oxford since 1980, and throughout that period, he has been an instrumental figure in shaping the conflict of laws in the UK and elsewhere and has inspired generations of students (future practitioners and judges) to take a close interest in the subject. His books, including Agreements on Jurisdiction and Choice of Law (OUP, 2008), The Conflict of Laws (4th edn, Clarendon, 2019), and Private International Law in English Courts (OUP, 2015), are among the most widely used and cited texts on the subject.

The book is divided into four sections, exploring conflict of laws issues of different kinds and engaging with Professor Briggs' work on a diverse range of topics. Contributions by Professor Briggs' former colleagues build on his work in the conflict of laws and his immeasurable contributions as a teacher and researcher at the University of Oxford, not only to undergraduate teaching, but to his college (St Edmund Hall), the Law faculty, and the university. The book includes short personal submissions from each of the authors, all of whom studied alongside, have been taught or supervised by, or worked closely with Professor Briggs.